Welcome to the World of Education, where you can explore our award-winning TTS Talking content series.
Hear from global industry experts who will provide inspiration and practical guidance for your school and setting.

Skip to content Skip to sidebar Skip to footer 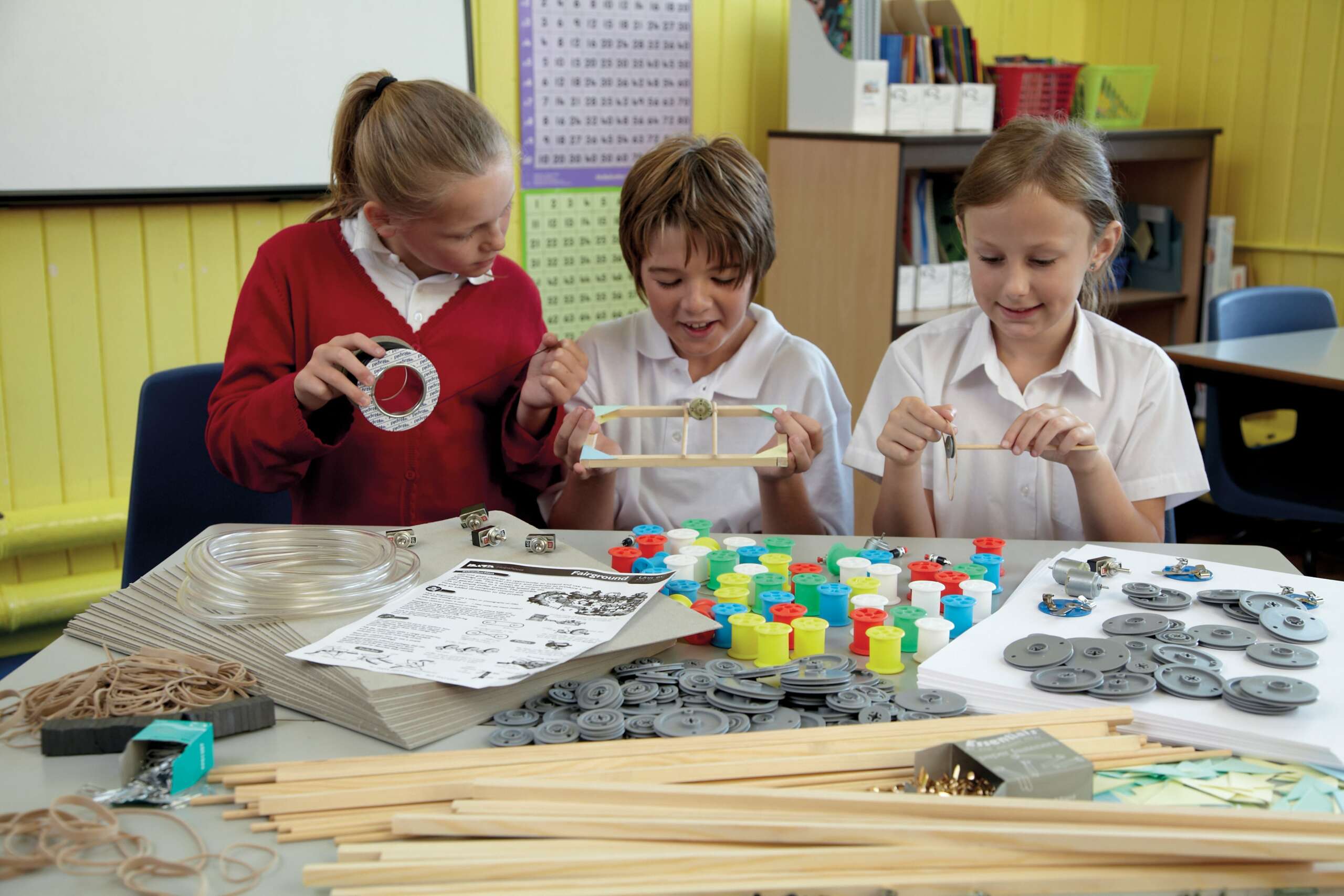 Having Fun with Computer Control and Programming

It was a few years ago now, and my STEM club were galloping through my existing projects at an alarming rate. I had to come up with some new ideas fast to keep them engaged and interested. I thought, in this digital age, we really ought to be discovering how to interact digitally with our environment. And there is certainly a large and lucrative market for software engineers, should they fancy going down that route later on

Having first learnt computer programming in the good old days of ticker tape and punched cards, it was high time for me to step up and join the 21st century. Things had come a long way since then, so I was sure there would be some great kit out there to work with.

I thought maybe we could start simply by making model lighthouses, switching them on and off and then programming individual flashing sequences. Then we could move on to LED traffic lights, rotating fairground rides and finally remote steerable vehicles. Little did I know!

So where to start?

The Raspberry Pi came very well recommended by computer buffs, although a bit pricey. My son was keen on computer programming, so we invested in a Raspberry Pi and embarked on our voyage of discovery. But several months down the line we were still working our way through the enormous tome of programming exercises that came with it and hadn’t even managed to switch an LED on and off.

Then a friend lent me an Arduino. Straight away we were able to crack on and make a model lighthouse. I was pleasantly surprised by how remarkably cheap they were, so with a sigh of relief I sold the Raspberry Pi and invested in Arduinos for all my club members.

The youngsters took to programming like ducks to water, and came up with some magnificent models such as lighthouses and traffic lights. The Arduino has a lot of functionality, and with the help of a parent with the ideal combination of skills – electronics engineer, computer programmer and musician – the children made and programmed their own marvellous miniature sound systems.

However, things didn’t go entirely smoothly. It proved almost impossible to get the Arduino software running on the collection of laptops brought in by the children, not helped by the fact that the Arduinos turned out to be cheap knock-offs and not the real thing! Also, because we were coding in a real programming language there was infinite scope for syntax errors. A lot of time was spent just searching their code for stray commas which were preventing the programs from running.

We had a lot of fun with the Arduinos, but when it came to doing the rotating fairground rides or steerable vehicles I was stumped. There didn’t seem to be a facility to control a standard model motor. Some people asked me if I had considered using the BBC micro:bit. I had a brief play with one but it seemed to have less in the way of functionality than the Arduino and was more costly. At the time it didn’t run motors – they later produced an additional board to do this, but it added cost and complexity.

My son had a friend who was a bit of a computer buff – back in primary school he hacked into the school homework system and set everyone loads of extra maths homework! The two of them had access to micro:bits at school and they investigated their functionality and told me that they simply wouldn’t do what I wanted.

Then a primary school teacher introduced me to the Crumble Controller. He said it was exactly what I was looking for, and he was right. As well as four inputs/outputs it runs two motors directly off the main board, so I could use it for both fairground rides and steerable vehicles as well as all the other programming projects I had in mind. It uses a drag and drop language very similar to Scratch, which most of the children are familiar with, so no more searching for dodgy syntax!

The cost is on a par with the Arduino and micro:bit. We had no issues with downloading and running the software on the various laptops. Also, if you hook a Crumble up to some batteries it runs autonomously once the programme is loaded, so the steerable vehicle was a goer. It is remarkably robust – we have only ever fried one, and it was certainly not being used as it should have been!

I was very keen to produce a Crumble class kit to help teachers tackle the primary computing curriculum in a guided manner. The head of STEM at our local primary school had told me that computing had been dropped upon them from a great height. He said, ‘We’ve been given no training, no budget and we’re suddenly expected to teach computing – it’s like asking us to teach Swahili!’

I was very pleased that TTS had the foresight to realise that this would be a popular product and give me the go-ahead. I came up with a set of parts which could be used to construct several fun models including coloured spinners, LED traffic lights, chair-o-planes and night-lights. These are then used to teach the computing curriculum learning objectives (along with the use of flowcharts) with the aid of downloadable supporting literature including PowerPoints and pupil worksheets

This kit has proved so popular that I have now designed a second Crumble kit – Crumble Robotic Vehicles. Once constructed, the vehicles can be programmed to move forwards and backwards at different speeds, turn left or right, spin on their axes or follow a pre-made course. You could also try a three-point turn, reversing round a corner or have a go at parallel parking! The vehicles can be fitted with automatic LED headlights or tail lights.

The supporting materials lead pupils through the process of constructing and programming the models, covering the following learning objectives from the computing curriculum:

With thanks to Caroline Alliston for the content included in this blog.

Episode 6: The benefits of risk-taking in the Early Years with Ellen Sandseter

Episode 5: An Introduction to learning through risk with Ellen Sandseter

Episode 4: Bringing the outdoors into all areas of learning with Sue Asquith

Having Fun with Computer Control and Programming

Be the first to know the latest updates